The Sound of Glam Rock

Recorded clean and clear in the large room at Soundtrade Studios in Stockholm, famed for its sheer size and great acoustics, with a range of additional presets which can be tweaked to get this kit sounding exactly how you like. Room tone captured on Neumann and Gefell mics in the live room can be blended in separately, allowing your sound to go from crisp and clean, to full on stadium ambiance. 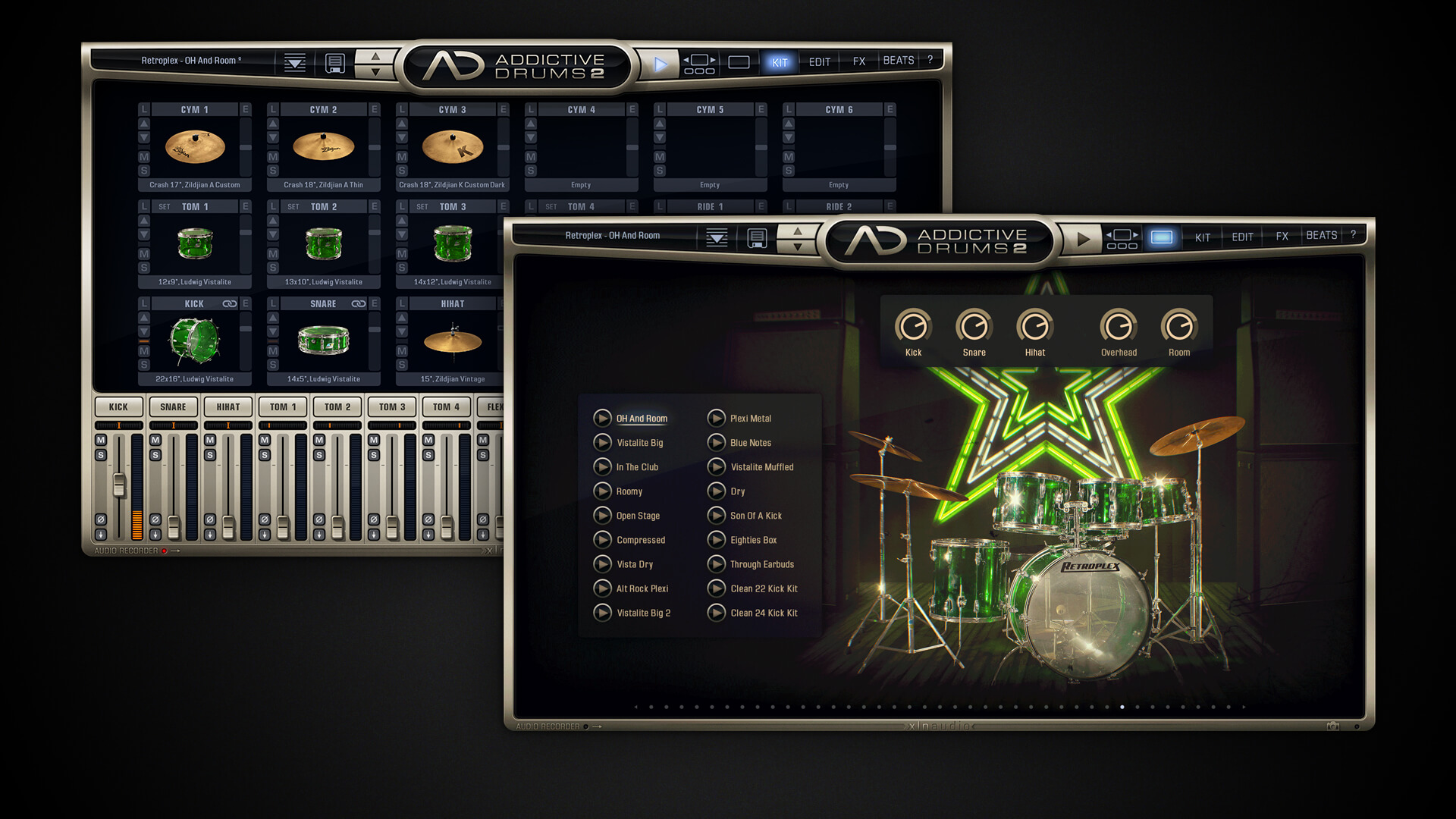 Let's be clear, at XLN we don't do things just for show, this Ludwig Vistalite kit sounds every bit as punchy and outrageous as it looks, but it doesn't hurt to throw in a little showbiz sometimes. Since 1972, vistalite kits like these have provided their thunderous, resonant attack to artists who knew that spectacle was a big part of the art. This Kit has full glam credentials. John Bonham, the legendary drummer from Led Zeppelin, was a big fan. David Bowie and Lou Reed both sang in front of a set. Keith Moon of the Who famously filled one of his with goldfish for one concert!

Add a second kick drum, a full set of Zildjian cymbals, a double steel tambourine and a cowbell, and you're ready to rock and roll!