When you think of a metal studio you might not think of sunny Venice Beach California but that's where Ross Robinson creates his raw in-to-the-bone sound. Known as The Godfather of Nu Metal, Robinson is world renowned for his production skills, having presided over seminal albums for bands like Sepultura and Limp Bizkit as well as discovering bands like Korn, Slipknot, and Limp Bizkit. His place in the pantheon of metal is unquestioned.

As a producer, Ross always pushes a band (sometimes physically) all the way to their limits to get to the core of the realest and rawest performances. He often records the whole band gathered tight around the drums, feeling their energy as the heartbeat of the song, and to make sure everyone feels the raw power of the drummer, he built "The Grotto", a small room whose walls and floor are covered in actual ROCK! The punch and rawness Ross gets out of this man made drum cave is elemental magic. 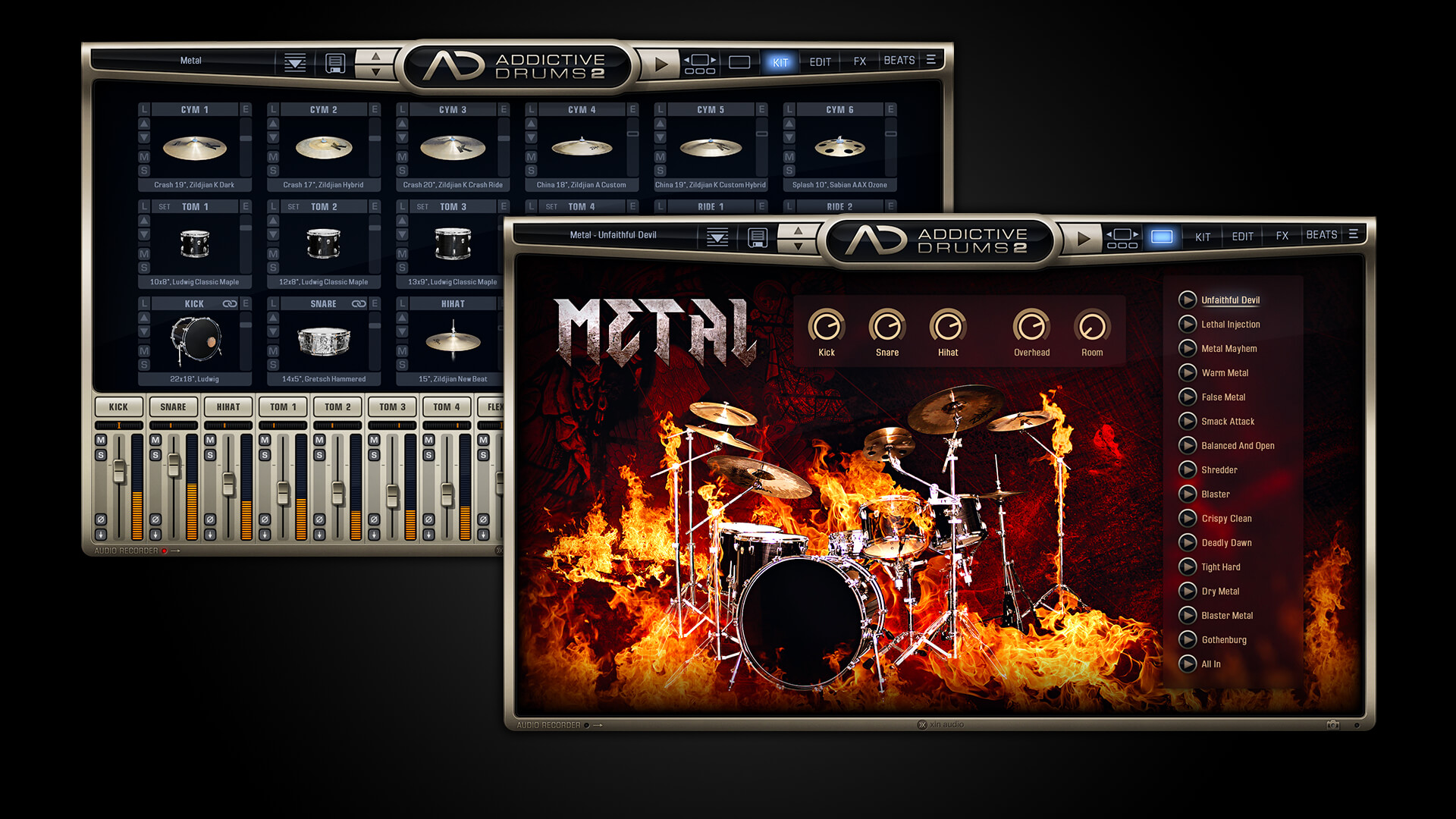 This 18 piece kit delivers the goods in any style of Metal. It comprises thunderous maple toms, and a heavy kick from Ludwig, vicious Zildjian cymbals and a sharp balanced snare from Gretsch, made of HAMMERED METAL, just in case you needed convincing! Seeing as this ADpak is designed to allow you to go all in, we've added a special feature that's a must for the modern Metal producer; "Trig" samples (recorded with extra attack and shorter decay) for putting in the Xtra slot and beefing out the kick and snare.

Oh, and it was all hand-picked and tuned by metal legend Ross Robinson for the recording sessions. No biggie!